From September 29 to November 9, 2020, I biked the entire length of the Pacific Coast from Canada to Mexico. This was my first  touring of more than a few days so I consulted friends, websites, and books to figure out what I needed to bring with me and what I needed to know. They prepared me pretty well, but naturally couldn’t include everything. Below are some of the non-obvious (but useful) things that I learned by doing. 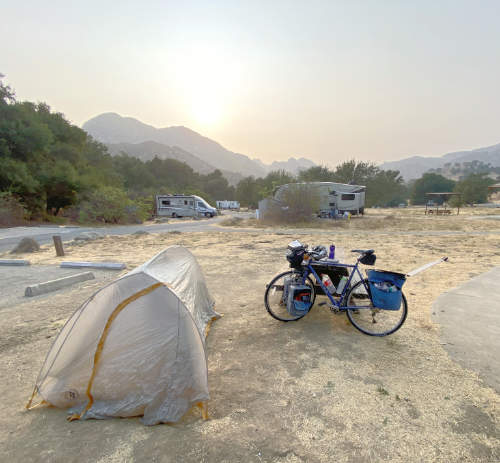 A friend with bike touring experience suggested that  I take the touring rig out for a local overnight trip before setting out on the big ride. This was excellent advice, because on that trip I realized that sleeping without a mattress pad was going to be a non-starter. I didn't have much time left but I was able to figure out a place to carry a pad that I already owned.

The stuff I was bringing used pretty much all the available storage space on my bike. Unfortunately, I sometimes needed to buy food for dinner/breakfast at stores a good distance from my camping spot. If I'd had a little free space to store said food, it would have made that much easier.

I made a point of always have a couple of Clif bars with me. On a trip like this you generally don't need to carry food because it's usually not hard to find something along the way... usually. Having a couple of bars on hand meant that even if I couldn't find food, I wouldn't go hungry.

A Small Towel is Sufficient

When I was traveling in Japan I found that the towels there were not the huge sort that I was used to in the US. I discovered that it's possible to get nice and dry using a much smaller towel and saved quite a bit of space. 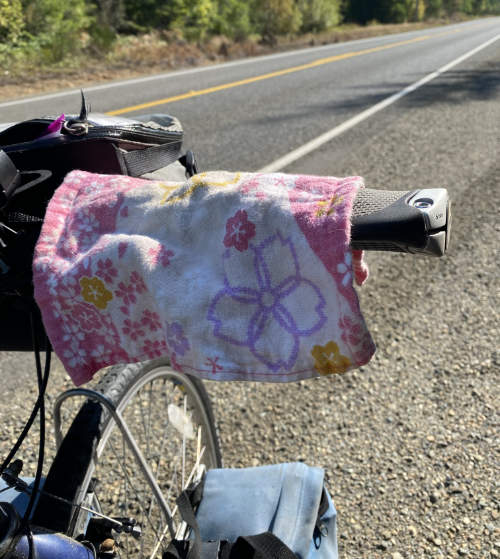 Campground showers often have dirty floors. A small washcloth is nice to have to clean off your feet without dirtying the towel you use to dry off.

I had one small shop rag in my seat bag with the bike tools and chain lube. I realized I should have brought a couple of them because after one instance of dealing with a recalcitrant chain, the one I had was pretty well used up.

Seeing as I was riding during a pandemic, I brought along a small bottle of hand sanitizer. I found that the alcohol in the sanitizer made a good degreaser to clean my hands after bike maintenance. 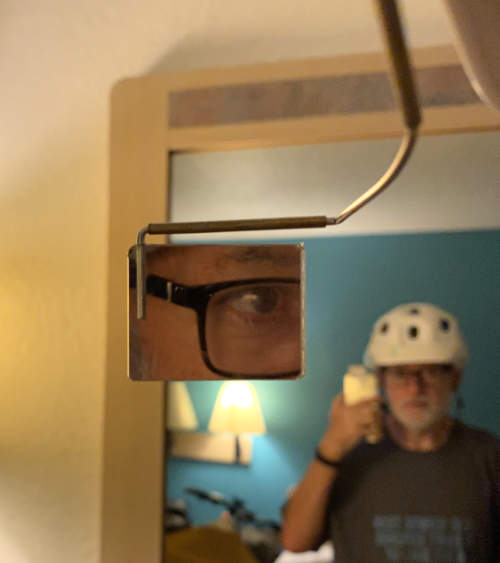 Being primarily a mountain biker who sometimes rides on the road, I'd never really thought about using a mirror. A few days before I left on this trip I picked one up and now I feel naked when I'm on the road without it. It was especially useful for glancing back on the downhills so I knew if I was free to take the entire lane.

Most avid riders are used to pedaling on most downhills out of habit and competitiveness. You should fight the urge to pedal on downhills because you're going to be pedaling enough and with a loaded touring rig you've got a lot of mass working for you. The bike I rode had a triple chainring and not once did I use the big ring over 2000 miles of riding.

If at all possible, bring a compact camp chair with you. Most campsites have picnic benches but those are not the most comfortable places to sit. I would have really liked to have something between sitting at the table and lying in the tent. I've seen some camp chairs that pack down to the size of a water bottle. I also found that the quicker I changed out of my cycling clothes, the better I felt. 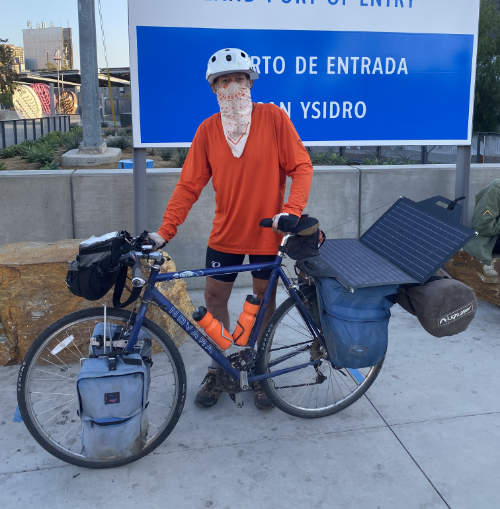 Riding for days on end when you're not used to it can result in cramps, and getting cramps while in a small tent is not fun. If I was starting to cramp up I would suck down a Gu packet and that would generally help it subside. If you're sensitive to caffeine, however, this might not be the best choice for getting a good night’s rest, as Gu contains caffeine.

You can wear wool socks for days without them getting smelly, which meant much less need to do laundry and fewer pairs of socks to pack.

We've become accustomed to relying on online navigation apps for getting from place to place. On this trip I did use Google Maps cycling directions but I also had printed out cue sheets with turn-by-turn directions. These came in handy on multiple occasions when I was in an area with little to no cell service. I also preferred the cue sheets because they had nicer routes, where Google would have had me on the 101 the whole way.